I thought I’d look back at the previous 6 months or so, in terms of the some of the workshops I have delivered, and articles published.

Attended the CIFI Security Summit in July, endorsed by the Metropolitan Police and with speakers from the National Crime Agency (NCA), and participants including Barclays, HM Revenue and Customs, Royal Bank of Scotland, Counter Terrorism Command, US Air Force, and Unilever. See write up here. See an image below: 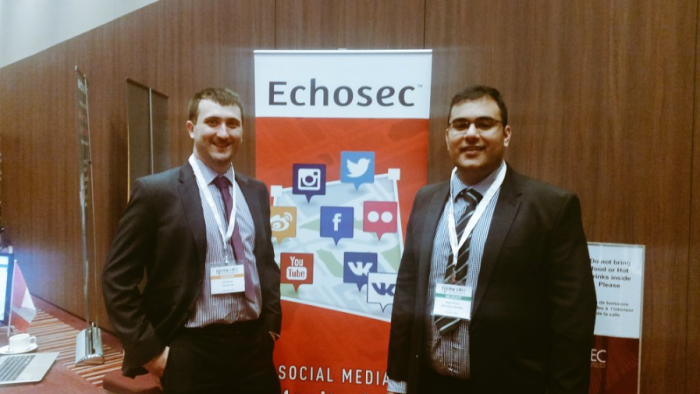 Presented a poster at the graduation celebration event at the Information School related to the topic of my PhD. I found the event to be really helpful as it allowed me to talk about my research within the iSchool, and hear about previous research that doctoral students had undertaken. See an image  of me at the event, below:

Delivered a workshop to the Department for Work and Pensions (DWP). The seminar was also broadcast to members from the DWP Office in Sheffield.  The talk centred on social media analytics from my PhD work and covered applications such as Echosec, Visibrain, and NodeXL.  Slides here. See an image of me speaking at the event below:

Published a blog post based on a conference paper looking at the benefits of Twitter in teaching. The post  was ranked among the most popular posts of the week when it was released. Both the conference paper and blog post have been co-authored with Sergej Lugovic, Senior Lecturer at the Zagreb University of Applied Sciences. The LSE blog post can be read here. Our paper has over 300 reads in ResearchGate, and was ranked as the most read paper in my department for several weeks.

Early in the month of October I delivered a talk to A-Level students at High Storrs School, Sheffield. The talk centred on what it was like to do a PhD, and provided a brief introduction to social media research.  I also touched on the ethics of social media research, and the dangers of over-sharing. Slides can be accessed here. See an image of me talking to A-Level Sixth Form students at the school below:

It was great to go back to my old school, and meet the teachers. Later on in the month I was off to London, and I delivered a talk on Social Network Analysis with NodeXL at an event organised by the New Social Media New Social Science (NSMNSS) network alongside the Social Research Association (SRA). The event was attended across sections with delegates from industry, academia, and government. See an image of me talking at the event below:

I delivered a workshop titled “insights into social media” at Media City, Salford, which is the home to the BBC and ITV. The workshop was a part of the Creative Entrepreneur event, which aims to foster collaboration between academia and industry, and which was attended by over 500 delegates. See an image of me talking at the event below: