This blog post provides insight into the hashtag #CoronaVirusLockdown.

NodeXL was utilised in order to capture tweets from 18,439 Twitter users whose recent tweets contained “#CoronavirusLockdown”, or who were replied to or mentioned in those tweets, taken from a data set limited to a maximum of 18,000 tweets. The tweets in the network were tweeted over the 1-hour, 7-minute period from Wednesday, 25 March 2020 at 02:06 UTC to Wednesday, 25 March 2020 at 03:13 UTC.  A random sample such as this is typically sufficient to provide a snapshot of the overall network.

Figure 1 below provides an overview of the influential users on Twitter related to this time-period and hashtag. 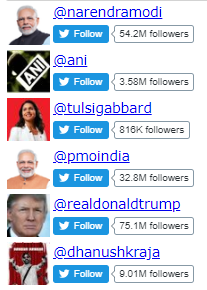 The Prime Minister of India, Narendra Modi, appears across two accounts as one account appears to be tweeting primarily in English and the other in Hindi. Other influential accounts consist of Asian News International which is a multi-media news agency. Congresswoman, Tulsi Gabbard, also appears as an influential user within the network.  Followed by President Donald Trump and Dhanush, an Indian film actor who was in support of the recent lock-down in India. The range of influential users highlights how the current battle against Coronavirus is a global effort.

We can also visualize the #CoronaVirusLockdown hashtag in NodeXL and this is provided below in Figure 2. 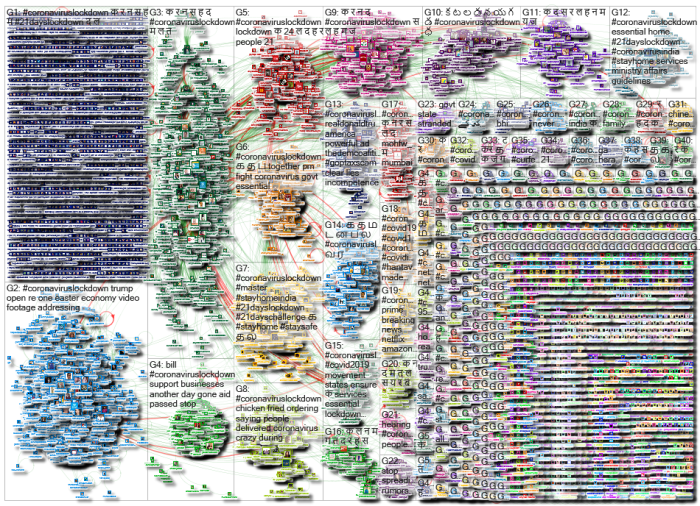 The graph highlights that discussion related to the hashtag was done so in a number of different groups. The graph is a clustering of Twitter discussion taking place at this time based on the network connections of Twitter users. Group 1 (top left) is an isolates group where a number of Twitter users are tweeting without being connected to each other. We can take a further look at group 2 and 3 which are the second and third largest groups.

Figure 3. Zooming into Group 2 Uncovers a Number of Influential Accounts from India 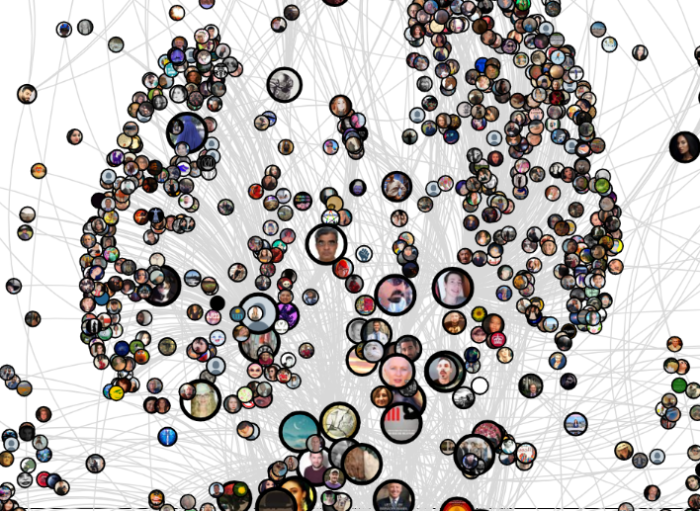 In group 2 the most frequently used hashtags consisted of:

We can see that many of these hashtags were specific to India.

Figure 4. Zooming into Group 3 Highlights how the Prime Minister of India, Narendra Modi appears towards the bottom centre of the group

The most frequently occurring hashtags within  this group consisted of:

Many of these hashtags were similar to group 2.

We can see that social media has provided a platform for public health advocacy and a number of influential users such as celebrities have come forward to express support of government actions related to the isolation of citizens.